In the crossover of multiple artistic languages, Caixa Insólita is a street circus performance that looks upon the universe of the suburbs with logics proper to children’s imagination.
In a sequence of acts, Luis Buñuel’s suburbs are filled up with Louise Bourgeois’ drawings.
Always at a dream level strange characters unveil the grotesque side of a rusty box.
a snail turned man who exchanged the sun by the wind
the clandestine who unveils himself in contorted dreams
the mother of an immense womb maddening in the happiness of childbirth
the girl with hair stretching to the sea-side, living of slippery games
the kid busy with love games on the roofs
the tamed bullfighter eager to engage and face everything
the long legged giant who forgot his balance point
a long armed creature dragging a weight, freed only by embrace
two heads living in the indecision of the movements of two pairs of legs
the long legged stilt-walker who, betrayed by disproportion, now lives of suspended seats
the headless girl loosing her neck in search of other distractions…
But the feast happens, in a Portuguese way, with a bullfight and a fanfare of cadenced rhythm among strange sonorities. 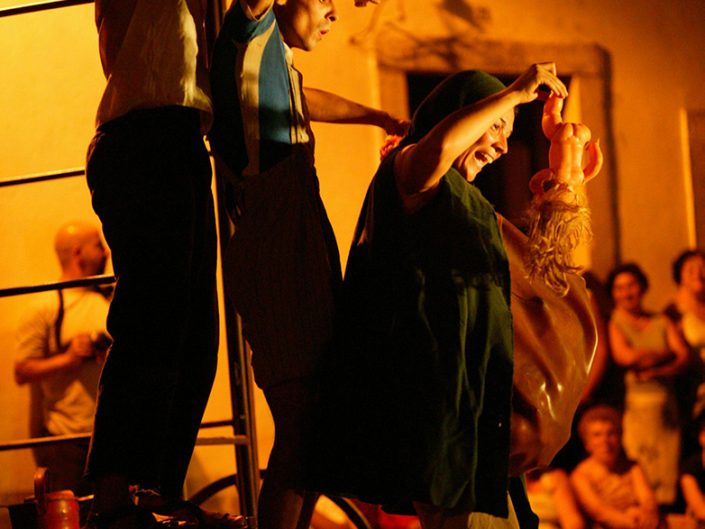 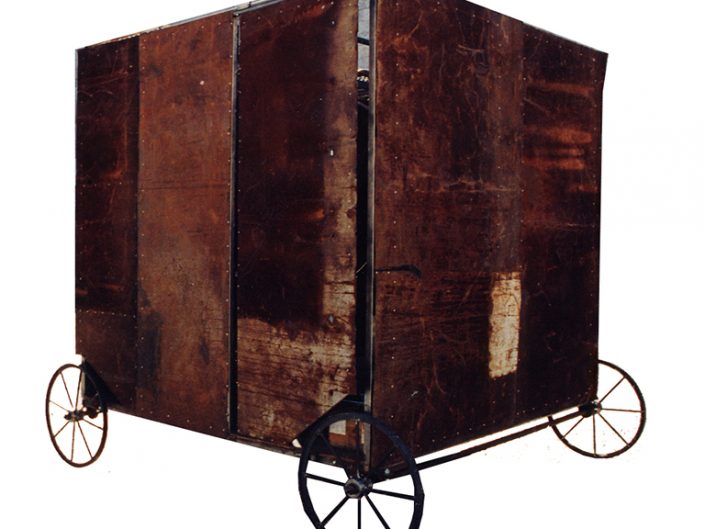 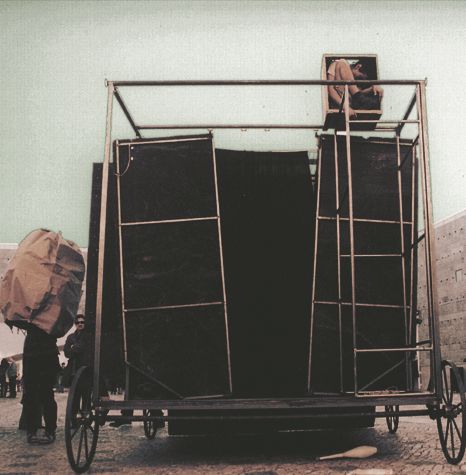 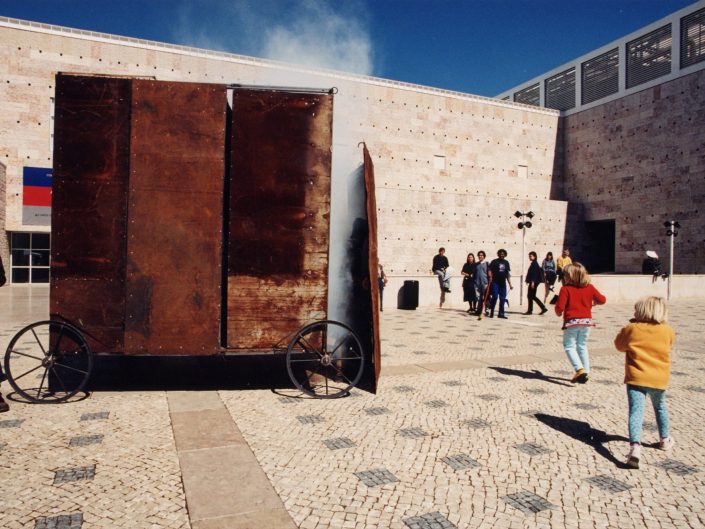