Celebrating our 20 years of creation together, and getting inspiration from the concept of body-archive developed by André Lepecki, we got into our archive in search of the new and the unknown. This stop and turning back on our course contains in itself “the demand for ‘actuality'”. Our focus is on current options, wills, desires, projects. In our archive, we searched above all for that not yet explored, or rather, the black materials, the fractal reflexes that the mirror neurons have tried to preserve.

We are very interested in the work in the shadow areas of memory and the whole philosophy of history that defends another conception of time, based on the crossed approach of the past-present-future. We are interested in a certain similarity between the locus of memory and dream and that exercise of swirling the past, giving rise to ‘a floating cloud of affections’, a misty landscape from which bodies emerge, dispersed voices, pulsating materials that claim new existences.

There are silver confetti covering the entire stage. A large mirror that suggests an enigmatic territory, detached from the ground. A sculpture of loudspeakers accentuates this non-place and immerses us in a space made of layers and fragments.

The great unity between the scene, the sound and the light, all equally powerful and affirmative, is one of the greatest marks of 20.20. A unit that ended up unwrapping on stage what we had been wanting for 20.20: a dream. Invent a dream. At the limit, more than remembered, what we really want for 20.20 is to be dreamed, literally. 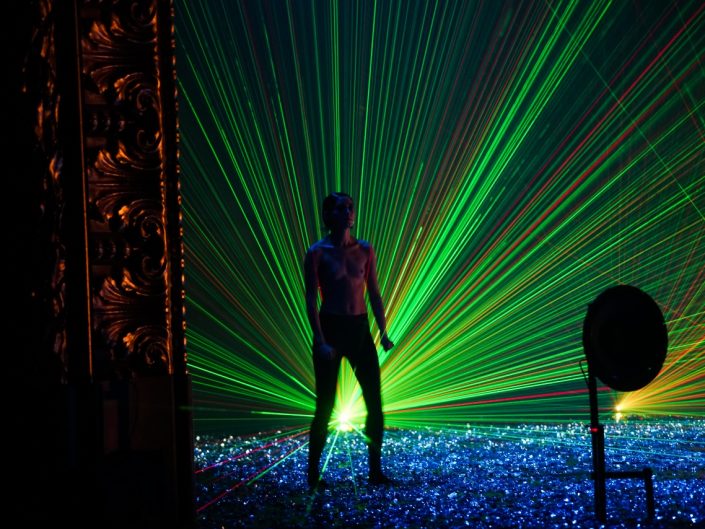 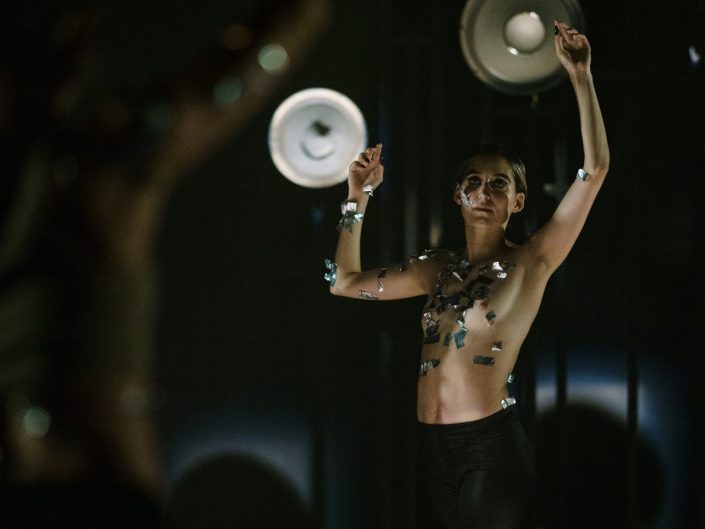 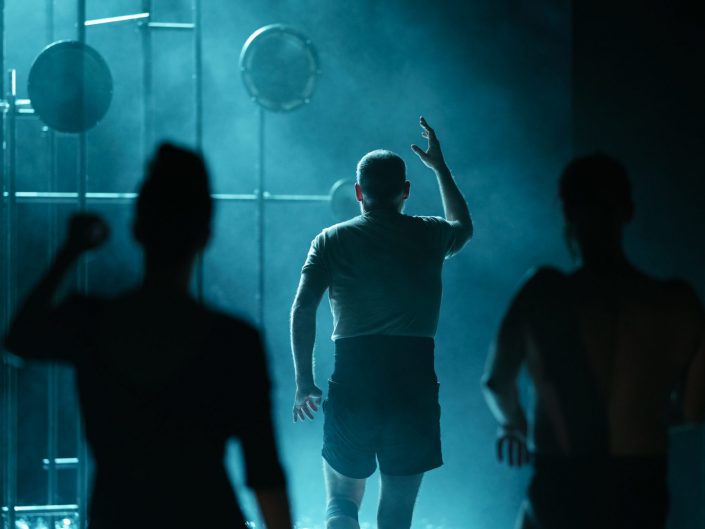 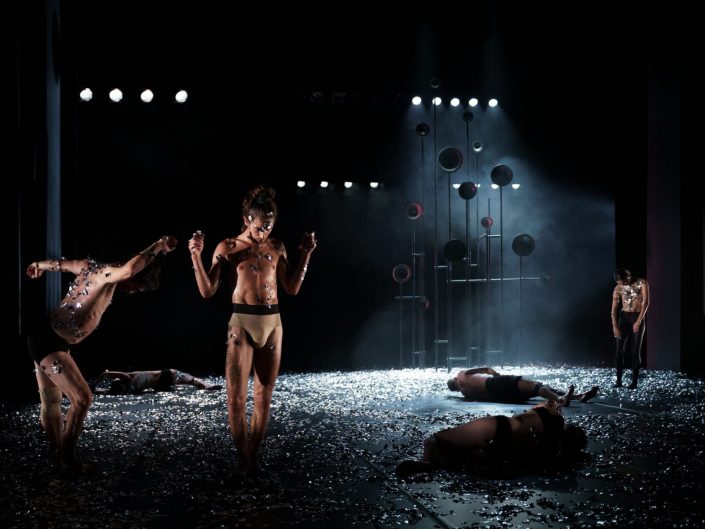