… the cousin and her two children, the aunt’s first boyfriend, the singing teacher, the neighbors, the uncle who lives in the United States, Maria from the trip to Morocco, the daughter from the first marriage, the stepbrother, the ninth-year school mate, the parents of the girlfriend of the uncle’s ex-wife’s son, Alberto from the grocery store…
My grandmother loved to organize parties, she invited the whole family.

An actress takes off layers of clothing as she reveals fragments of her family’s story, each costume a character.
The creator’s personal memories blend with the tales of the children heard during the construction of the show, and create a large imaginary family, together with the audience.
A spectacle that speaks about the huge variety of families that exist today, their differences and affinities. 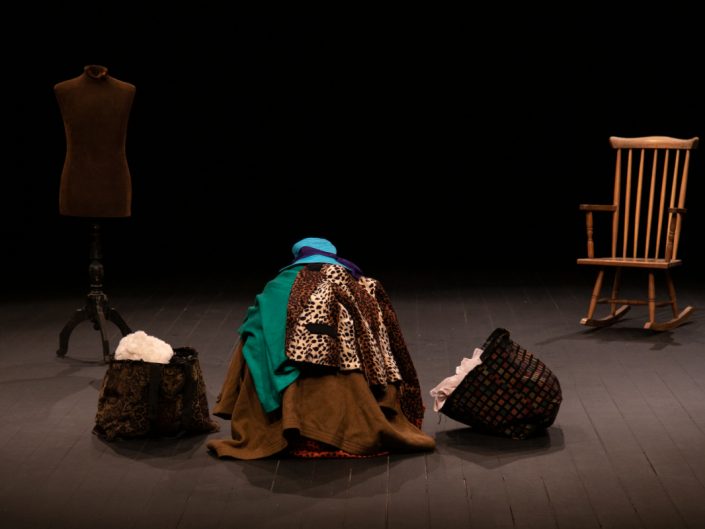 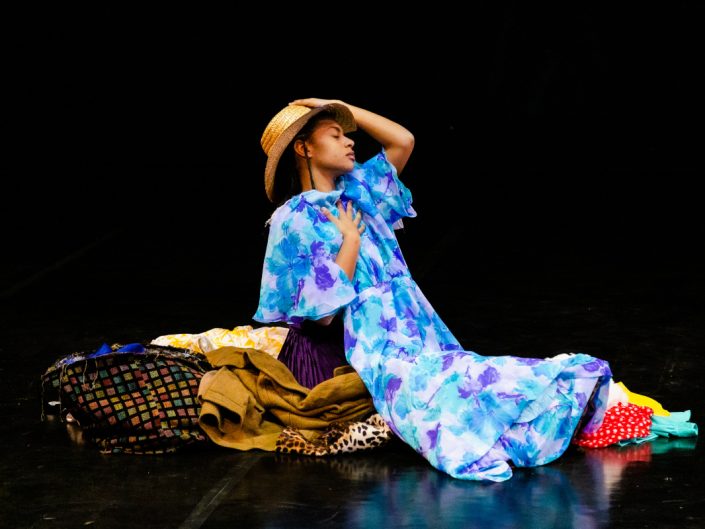 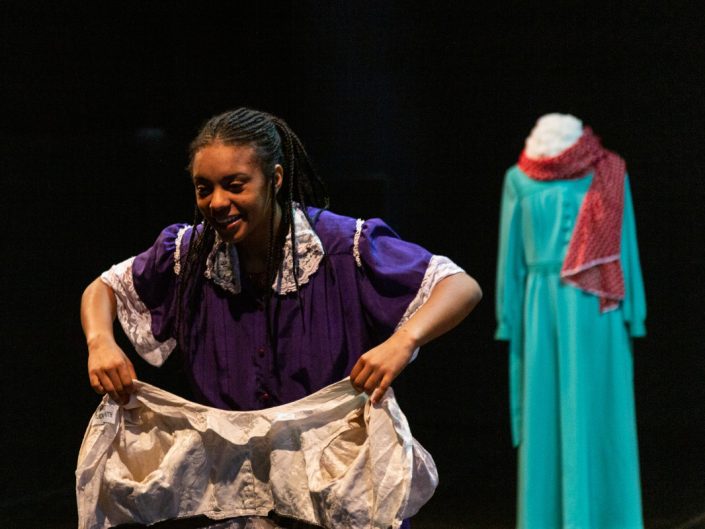 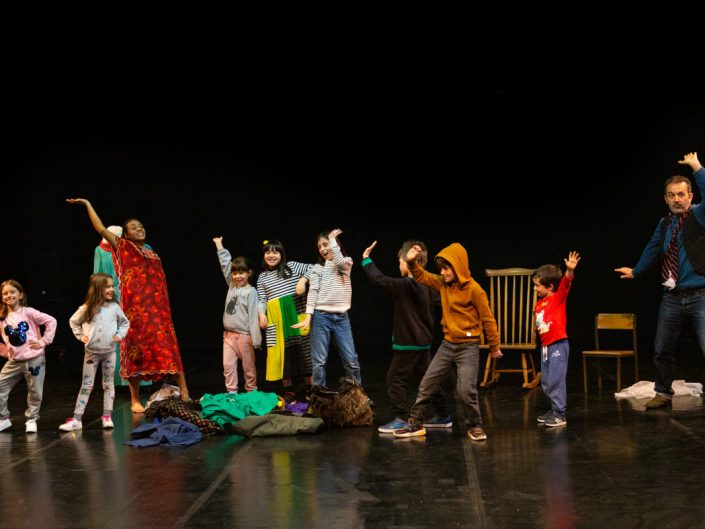 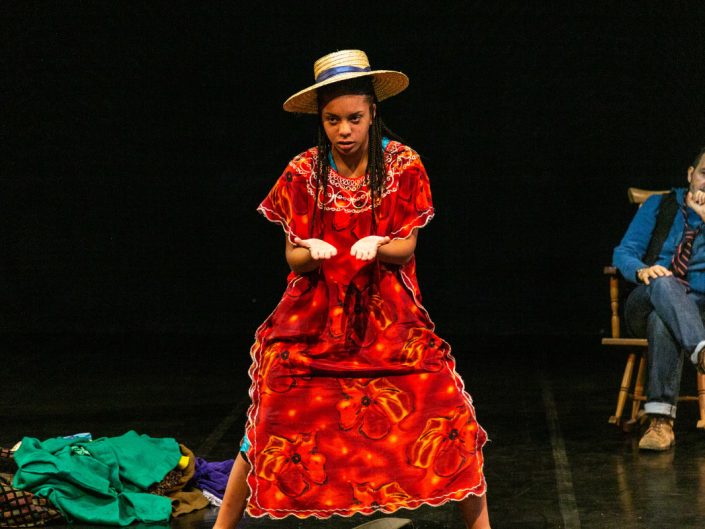 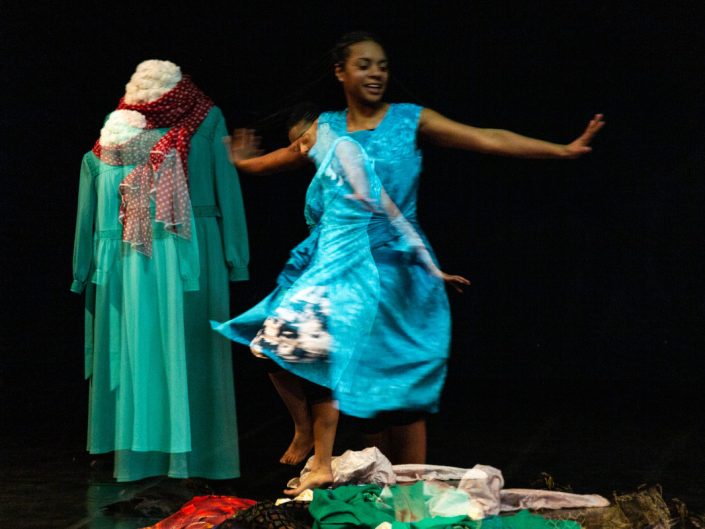 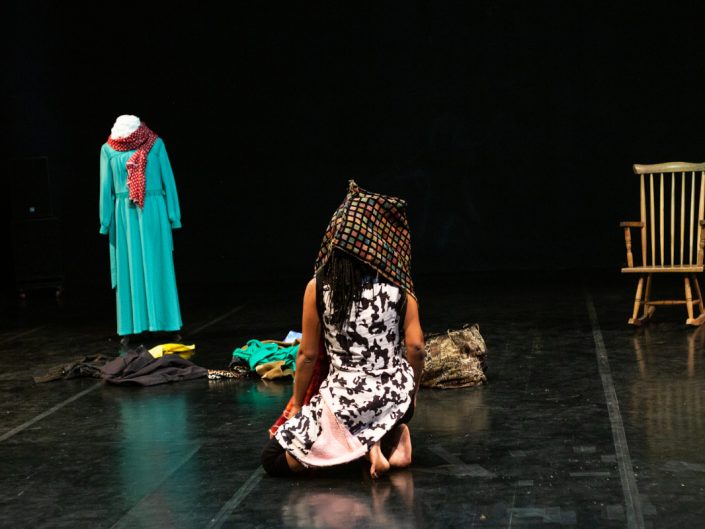 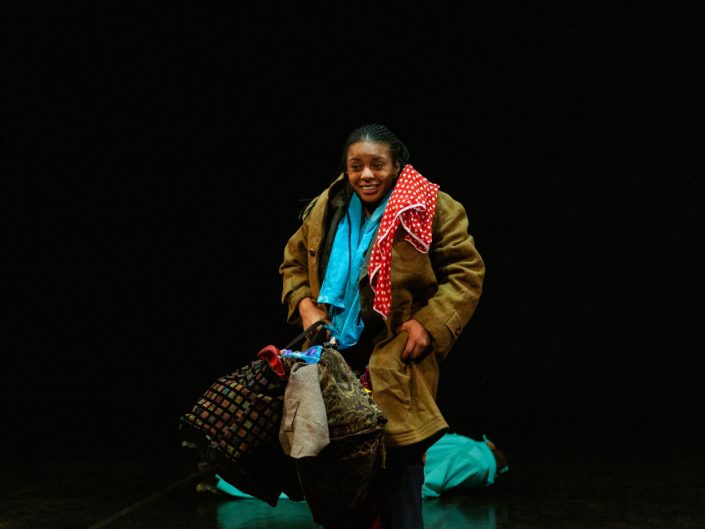 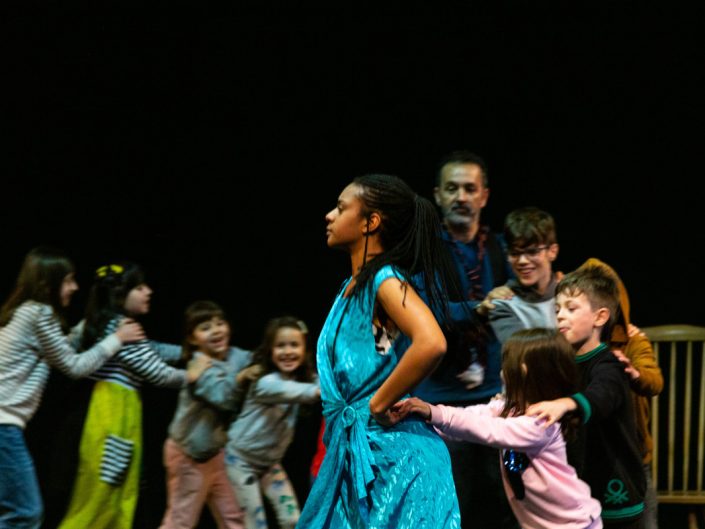 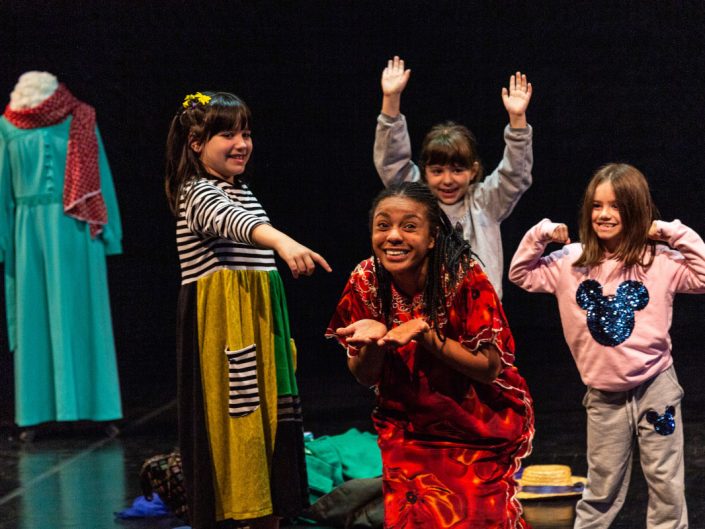 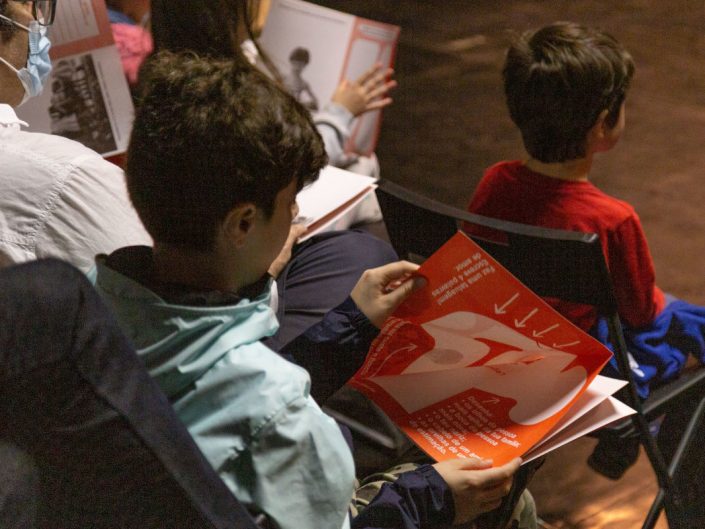 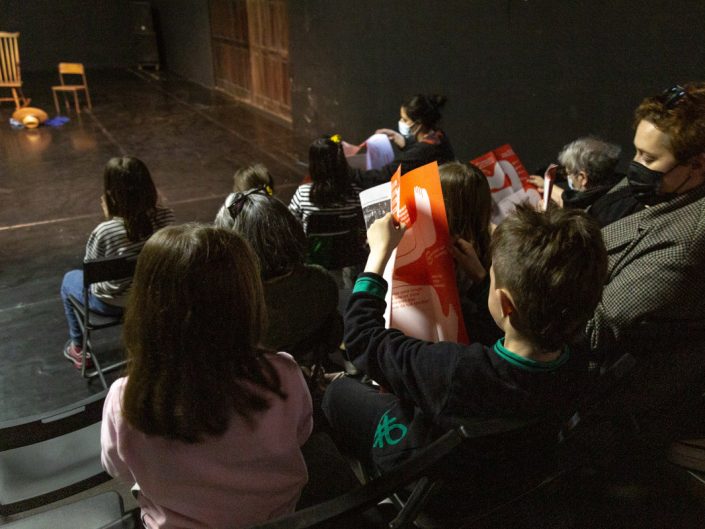