Our residency and creation space in Porto, which we now call Power Station, has been gaining more and more relevance in our artistic project. The reactivation of spaces and the development of a program that mixtures indoor and outdoor activities, reflects a dynamic programmatic composition and our desire to transform the Power Station into a reference place for the investigation of performing and transdisciplinary arts.

With the support of the Municipality of Porto, within the programme Criatório, we managed to reinforce our activity, aiming at greater regularity and dialogue with the public. We aim at creating a versatile and constantly moving territory, expanding the creative possibilities, giving value to an area that still maintains in many ways peripheral: Campanhã.

Within the Criatório program, we carried out the following actions:

Concert with the double bass player, thereminist and Spanish electronic musician Javier Díez Ena who, in his live performances, plays loops strictly created live without using reproduction or pre-recording material; followed by Gui Lee, or rather, Claiana, the Cape Verdean musician, already an essential figure on the night of Porto.

14 october – The Body as Archive, by Michael Maurissens + Talk

Michael Maurissens’ documentary is based on research that considers the ways in which the dancer’s body can be considered an archive. Is the body of a dancer just a repository of forms of use? Dancers create, accumulate and carry knowledge – where is it stored and what do they explore through their practice? How are cultural and social contexts reflected in the body of a dancer? After the exhibition, we held a conversation with Gonçalo Mota.

Criatório is an annual municipal programme that support artistic creation and programming in Porto. This program has as main objectives to contribute to the consolidation of the activity of artists and cultural agents from multiple artistic disciplines, who in Porto can find a context to develop their professional practice. 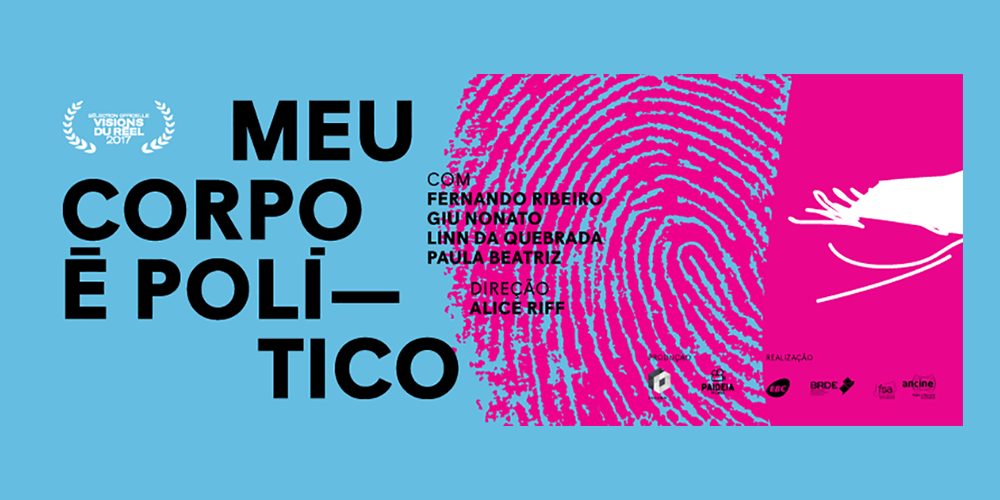 On November 17th, at 6:30pm, we will activate BREAKER – AUDIOVISUAL CYCLE with the screening of the documentary MY BODY IS POLITICAL*, by Alice Riff, followed by a TALK with Helena Vieira (BR).

MY BODY IS POLITICAL

First feature film by director Alice Riff, which addresses the daily lives of four LGBT activists who live on the outskirts of São Paulo. Paula Beatriz is the director of a public school. Giu Nonato, a young photographer living a transition phase in her life. Linn da Quebrada is an actress, singer and theater teacher. Fernando Ribeiro, a student and telemarketing operator. From the intimacy and social context of the characters, the documentary raises contemporary questions about the trans population and their political disputes.

* Session held with the support of the videocamp.com platform

Brazilian researcher, transfeminist and writer. Studied Public Policy Management at USP. She was a columnist for Revista Fórum and collaborated with several media such as Huffpost Brasil, Galileu Magazine, Cadernos Globo, Revista Cult and Blog Agora É que São Elas from Folha de São Paulo. She was a consultant on Rede Globo’s Força do Querer soap opera. Recently, she was co-author of the books “History of the LGBT Movement”, “Feminist Explosion”, “Are You Going Out? Critical Essays on Brazil” and “Nobody Releases Nobody’s Hand: A Manifesto of Resistance”. Playwright, she was part of the project awarded by the Focus Foundation in the Scenic Arts category “Brazil Diversity”, in London, with the play “Ofélia, the fat transsexual”.
Together with the Creation Laboratory of Porto Iracema das Artes, she developed dramaturgical research entitled “Where were the transvestites during the Dictatorship?”. She is currently Advisor for the Culture of Diversity at the Porto Iracema das Artes School of Art and Culture in Ceará.